How to Record Screen/Screenshots using Game DVR in Windows 10

To record a video for a game or app activity, here's how:

Step 1: Open the game or app window active that you want to record video for.

Press the Windows + G keys, and click on the Yes, this is a game box if prompted.

Step 3: A mini-player in the upper-right corner of the screen shows how long your current recording is, click on the Microphone icon to record with sound. To show or hide the record timer by pressing the Windows + Alt + T keys.

Step 4: When you click on Stop button or press Windows+Alt+R, it stops recording the game or app window.

Step 5: You will see a notification pop up telling you that video is recorded, if you click on the notification, it'll access it in the Xbox app > Game DVR > On this PC.

In Xbox app, Game DVR allows you to play the video recorded, trim the video if there are bits you'd like to leave out. You can also delete it, rename the video, and upload it to Xbox Live if you'd like. 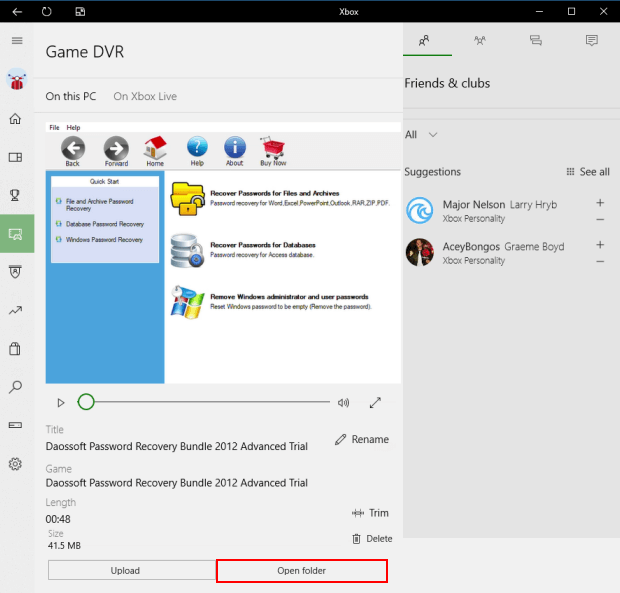 How to Change Game DVR Settings

If you want to record longer video and higher video quality, go to Game DVR settings to adjust:

Step 2: Select the Game DVR tab. Then adjust the related setting as you need. 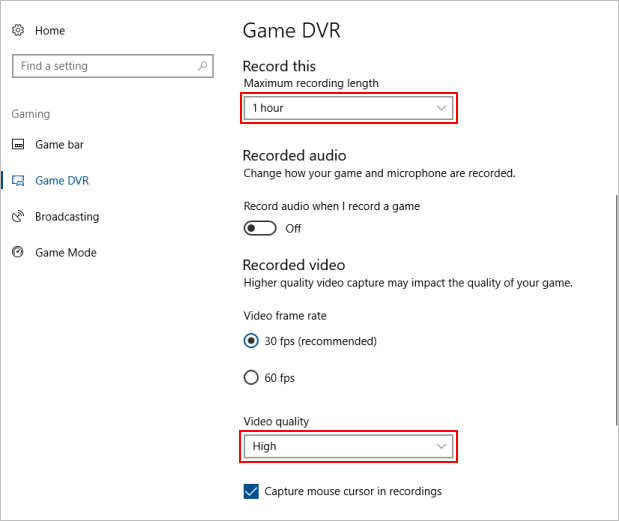 How to Capture Screen with Game Bar

It's simple to capture a screenshot of the game or app with Game bar, videos are saved as a .mp4 file. Here's how:

Step 1: Open the window active that you want to capture, Press the Windows + G keys.

Step 2: Click on the Yes, this is a game box if prompted.

Or you can directly press Windows + Alt +Printscreen keys on the keyboard.

Step 4: You will now see a notification telling you that Screenshot saved.

Where is the Game DVR save location?

Game bar screenshots and recordings are saved to your %UserProfile%\Videos\Captures folder below. You can change the default save location, see: How to Move Default Location of Game DVR Capture Folder. 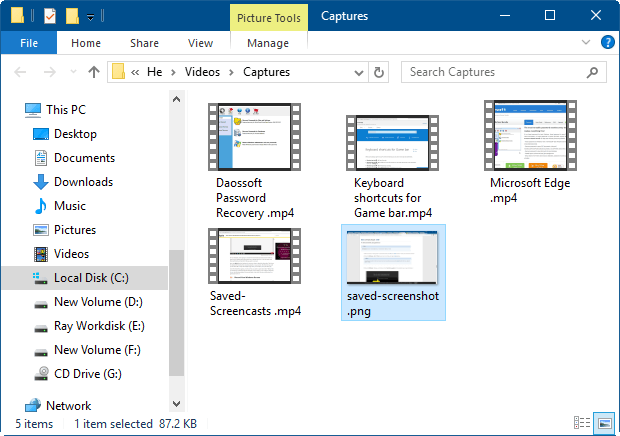