I saw a lot of posts about HDD password on the Internet, but after reading them, I had a vague idea of the HDD password. Well, if you also have such doubts, it doesn't matter, I am willing to take you to deeply understand about HDD password, including six questions.

Step 1: Go to the BIOS settings while start or restart your computer. 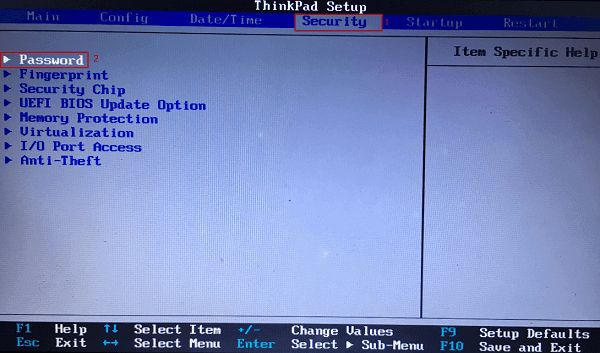 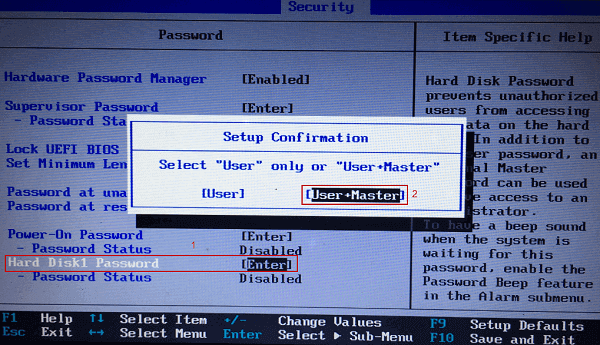 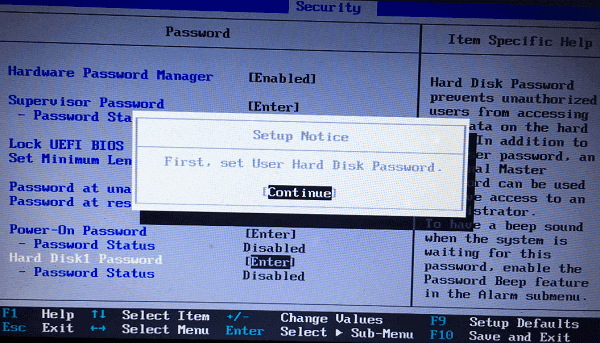 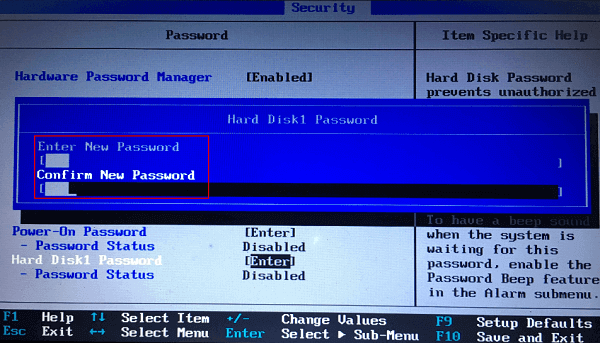 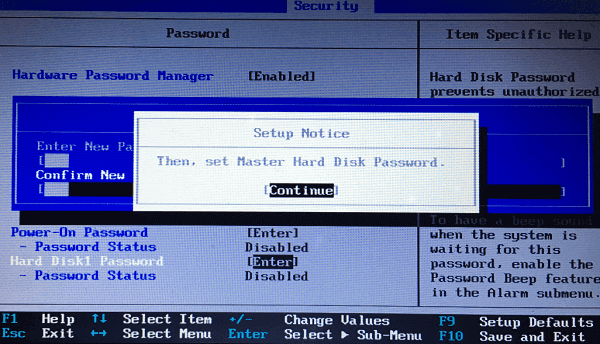 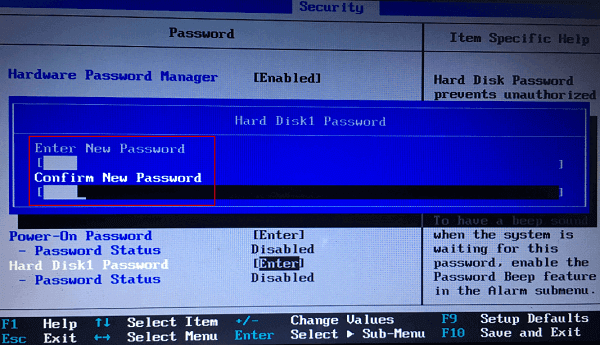 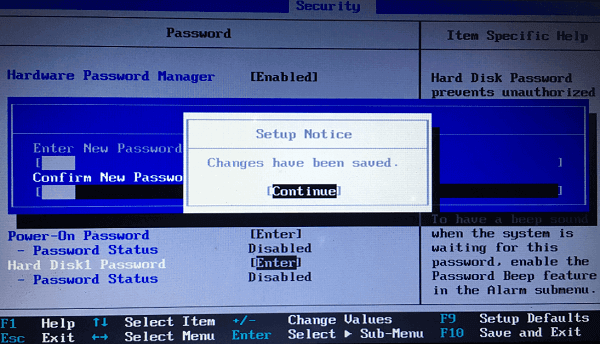 Step 8: When finished setting the user and master password, press F10 key to save configuration changes and exit and then your computer will restart itself. At this time, the motherboard will ask for a user password, you just input the password you have set. 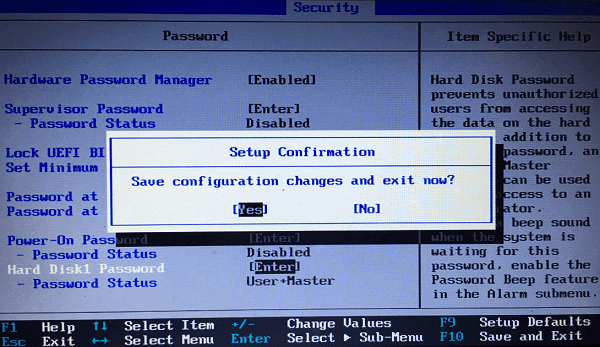 Does the HDD password encrypt the data in the data drive?

I made several tests according to this video, but they all failed. I also tried to use other software to reset or restore hard disk password, but none of them succeeded. For now, HDD password is much more secure than the Windows password.

Does the HDD build in encryption reduce Disk read/write performance?

Here comes a question: Does the HDD build in encryption reduce Disk read/write performance? So what I'm going to do now is to test if it has an impact, and if so, how much? Please take a closer look at the following two tests:

Condition: Encryption or no encryption;

Condition: Encrypt or no encrypt;