» Resources »computer »How Much does BitLocker Have Impacts on Hard Disk Read/Write Performance?

How Much does BitLocker Have Impacts on Hard Disk Read/Write Performance?

Some people often store important or private folders, files, and data into hard disk. At the meantime, they are also afraid of unauthorized people to access these important things. So, to protect important data and file security, people tend to use BitLocker to encrypt and maintain disk partitions. However, it is also suspected that whether using BitLocker to encrypt the hard disk will affect the read and write performance of the disk. So anyway, I'm going to test for you if it has any impact, if so, how much?

By default, BitLocker in Windows 7 is encrypted using AES 128-bit with Diffuser and Windows 10 encryption is XTS-AES 128-bit.

However, which algorithm to use, and whether to use diffuser, you can open Local Group Policy Editor and navigate to Computer Configuration > Administrative Templates > Windows Components > BitLocker Drive Encryption. In the right panel, double-click on "Choose drive encryption method and cipher strength" to select the encryption algorithms you want to change. 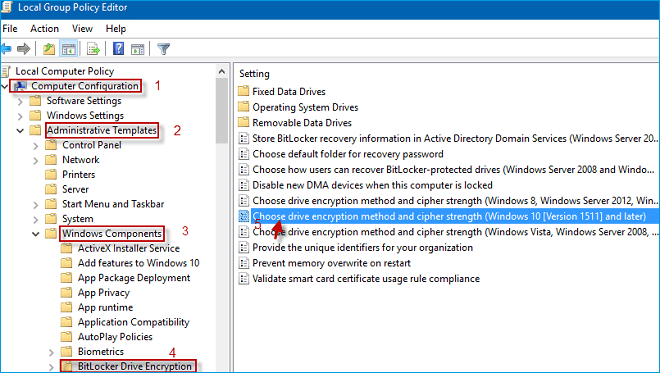 You can test the read and write speed in unencrypted situations before encrypting.

Using BitLocker to encrypt hard drive you want to test, and when your hard drive is encrypted, you can test the read and write speed of the encryption.

Does the BitLocker Encryption Impact Your Disk Performance?

Let's get down to business. Because of my all partitions of the hard disk has been encrypted completed by BitLocker before, I intend to use the Windows 10 E dish on desktop computer and Windows 10 D dish on laptop as test target, using ATTO Disk Benchmark v3.05 to respectively test the SSD/HDD read and write performance of the encrypted and unencrypted. Please look closely at the following two tests:

Test 1: SSD with bitLocker VS SSD without BitLocker

Test 2: HDD with bitLocker VS HDD without BitLocker

Test 1: SSD without BitLocker VS SSD with BitLocker

1. Different BitLocker encryption algorithms have a little impact on SSD read and write performance. ( See the comparison below ) 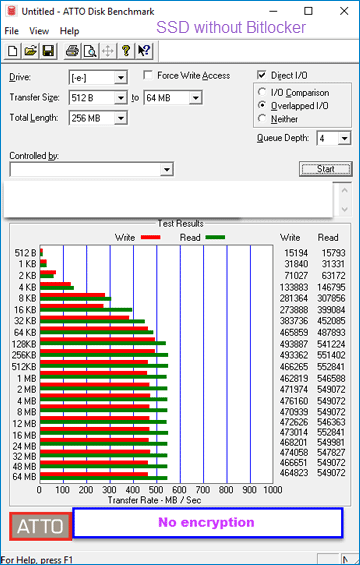 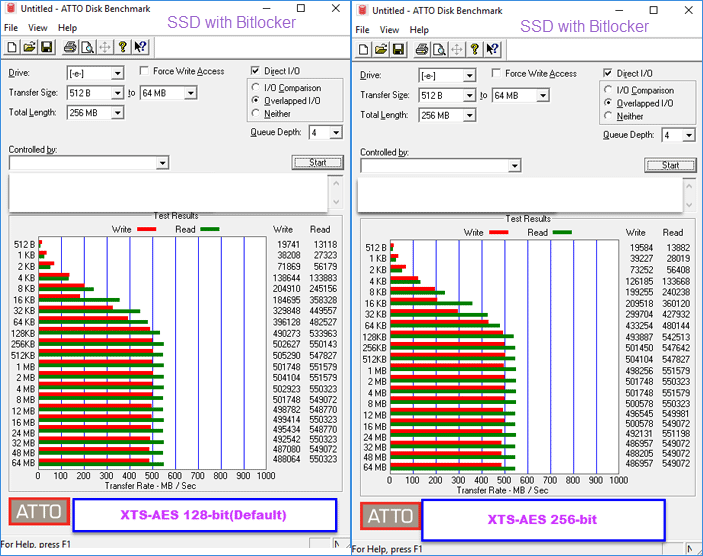 Test 2: HDD without BitLocker VS HDD with BitLocker

1. Using different encryption methods to test whether affect the read and write performance of HDD. ( See the following pictures ) 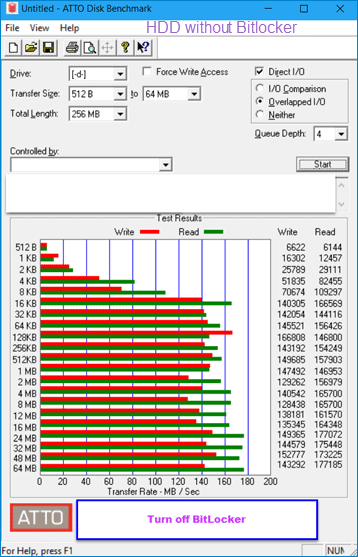 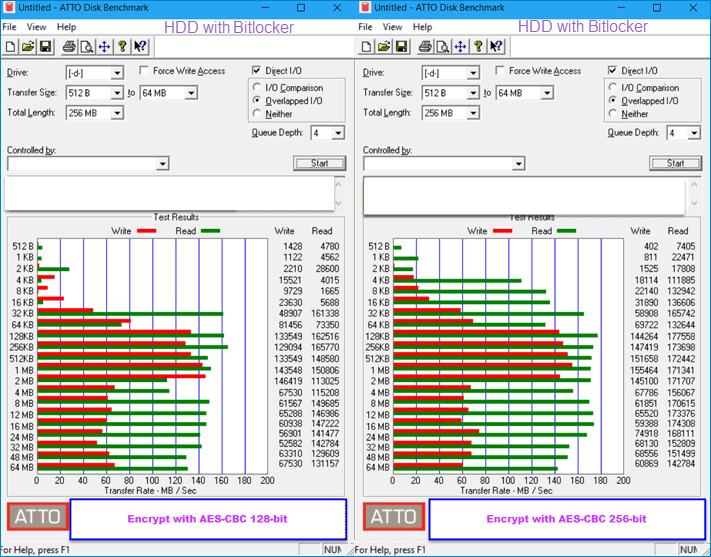 As can be seen from the results, after encrypting HDD/SSD with different encryption methods, and then testing the encrypted and unencrypted disks, the testing results have obvious differences.

In test 2, there is not very large impact on reading performance of HDD, but there are obvious differences when writing data, and the writing performance has a loss of 50% - 62%.