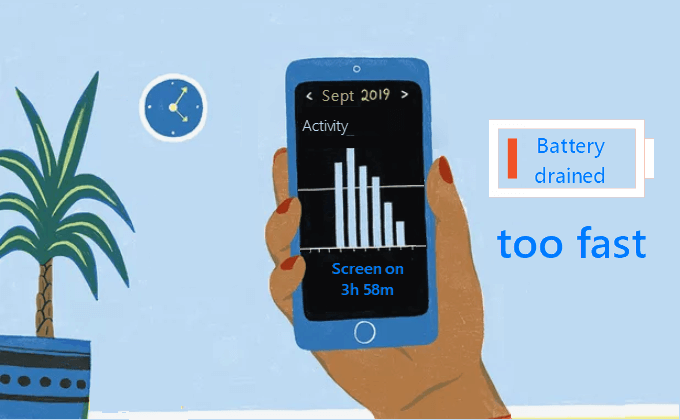 Want to preserve your phone battery life? A mobile phone is like a vital important friend who has always been associated with us. Without a friend, we naturally feel uncomfortable with panic. When people go out while the phone power drains very quickly and after several hours its battery is low, at that time people may lose their sense of security. This is like the feeling that important friends have lost from their lives. To avoid getting into that panic situation, we can take some action to improve phone battery life.

Why does my phone’s battery draining so fast

Using too many apps can drain the battery.

Some experts had pointed out that constant “push notifications” was one of the main reasons behind battery draining. Besides, the phone also starts draining the battery while using certain apps, Bluetooth feature, Wi-Fi hotspot, background app refresh, and some other features. Even motion effects, animations, and dynamic background can cause battery drain.

Things you need to do: 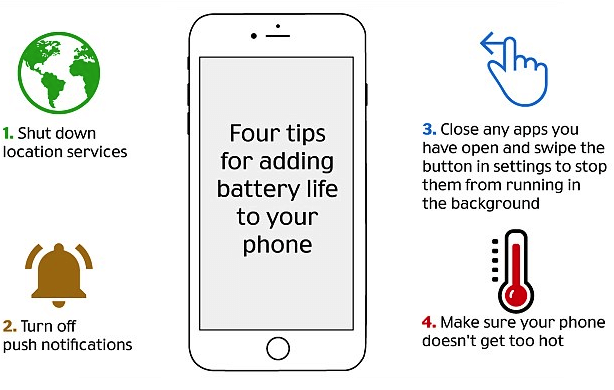 If you are in a poor network coverage area, you’d better disconnect network to the battery will drain slower.
There are ways to conserve iPhone battery life but many of them involve turning off services and features, here you just need to pay attention to developing good charging habits to make your phone battery last longer.

How to Preserve iPhone or Android Phone’s Battery Life

Battery life is the amount of time your device runs before it needs to be recharged. There are some great tips you can use to preserve your phones’ battery life.

Take off your phone’s protective case before you charge it

It is recommended that you remove the phone’s protective case while charging. It is natural for the battery to become slightly warm, but the case may act as a barrier and slow down heat dissipation. If possible, face down your phone screen and place it on a soft cloth to protect the display.

Always charge your phone with its own charger

If the charger your use does not match the original, it will affect battery performance, capacity to store charge and overall life. What if you forgot to bring its original charger, you’d better use an approved matching regular charger instead of a faster charger. When using a fast charger, a higher voltage will be sent to the phone’s battery, which results in a rapid rise in temperature. Opt for a normal charging cycle, if your smartphone provides this option in its battery settings.

If your phone heats up abnormally, turn off your phone by pressing the power button. After the device cools down to room temperature, then you can power it up.

Never leave your phone charging through the night

In most cases, your phone probably needs only an hour or two to hit 100%. Once it reaches 100%, your phone stops drawing current from the charger. Leaving it plugged in longer is pointless. On the contrary, constant and unnecessary recharges shorten the lifespan of the battery. That’s why those who’ve owned a phone more than a couple of years tend to find that their battery loses its charge quicker than just after purchase. 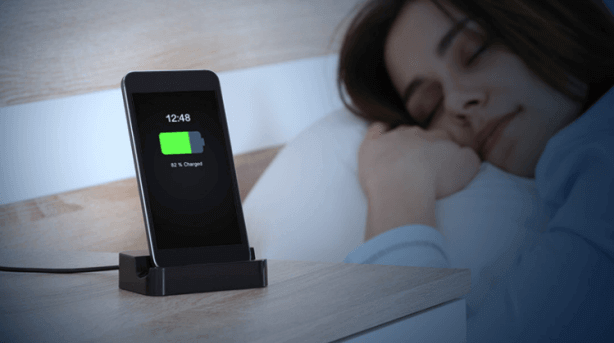 Don’t let the battery get close to 0 percent until you recharge it. That wears out a Lithium-ion battery ever faster than normal. Some experts recommend to plug in into a charger when your phone gets down to around a 20% power and pull the plug when your smartphone’s battery reaches 80% charge. But, in general, just make sure you don’t keep it fully charged. As full 100 percent can put some strain on the battery, reduce the capacity of the battery and shorten the lifespan of your battery over time.

Avoid using the phone while charging it

Avoid using your phone while it is charged or connected to the power bank. Using the device in this mode will increase the internal temperatures and shorten battery life.

How to Fix iPhone Screen Flickering or Glitching

How to Fix iPhone Stuck on Headphone Mode

About the Author: admin