What is a Hard Drive

A hard drive is a device that stores all the software installed on a computer as well as all the data files created and used by this software. This includes any documents you have created and downloaded such as photos and music. A hard drive is a form of permanent storage, rather than temporary memory such as RAM (Get more see Memory vs. Storage). Say, the files remain safely stored on the drive so you can use them again the next time you start your computer.

If a computer is a car, then your hard disk is a speed engine. Clearly, the PC’s performance depends on the hard drive itself and the ones related to the certain characteristics of the PC.

There are different types of hard drives.

The old hard drives were hard disk drives (HDD) which use one or more rotating discs and rely on magnetic storage, and they are still abundantly used because they are cheaper as compared to other alternatives.

The newer kind of hard drives is Solid State Drives (SSD) which has no moving mechanical parts but uses flash memory like the kind found in USB flash drives. SSD are expensive but are a lot faster than HDD. If you have a regular desktop computer, you most likely have a hard disk drive. Solid-state drives are more typical for a high-end, expensive laptop.

On a Windows Computer, it is easy to find out about the type of drive. Let’s figure out those ways. These are the different methods by which one can tell if the hard drive is SSD or HDD in Windows 10:

Type Defragment and Optimize Drives in the Start Search box and select the appropriate result.

Under the column of Media type, you can check if a hard drive is a Solid State drive or a Hard disk drive. 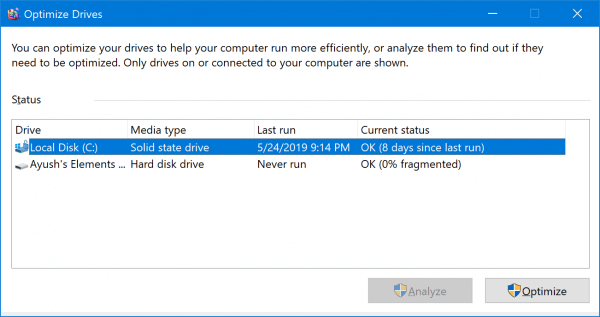 Open the Windows Command Prompt as an Administrator.

Step 1: Open the Windows Command Prompt as an Administrator.

Step 2: Execute the following command and then press Enter key:

This will list all physical hard disks installed on your computer. The MediaType column tells if your hard drive is SSD or HDD.

Which One is Better: SSD or HDD

The HDD and SSD own a major share of the hard disk at present. Among these two, HDD is of the highest in number. The difference between them is not only faster speed, actually, but they are also different owing to various factors. In the following infographic, we will walk you through the advantages and disadvantages of each to help you choose between a traditional hard drive and a solid-state drive in your next PC.

Summary: Hard drives win on price, capacity, and availability. SSDs work best if speed, ruggedness, form factor, noise, or fragmentation (technically part of speed) are important factors to you. If it weren’t for the price and capacity issues, SSDs would be the hands-down winner. 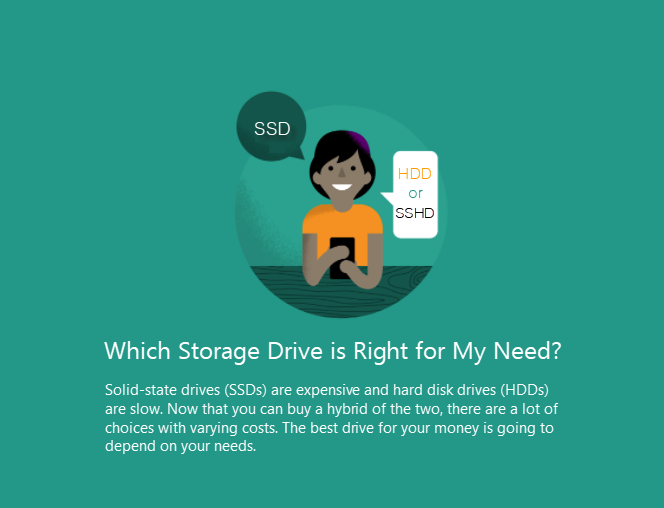